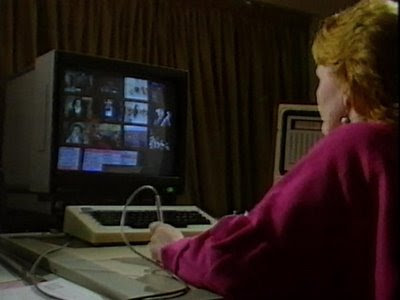 If you own the BFI single-disc edition of Ghostwatch (a review of which is coming soon), and have listened to the audio commentary, you might have heard director, Lesley Manning mention 'Harrying in' certain characters from time to time.

'Harrying' is a nickname given to digital compositing by way of the Quantel effects rendering machine, "Harry". Simply put, "Harry" was a broadcast-quality, digital recording system. 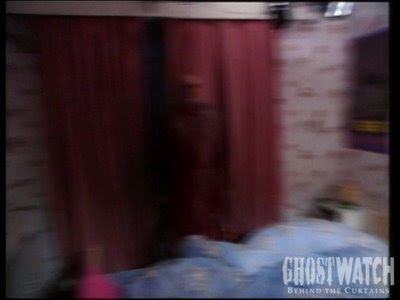 The main difference between this and other 'analogue' editing machines was that Harry allowed video sequences to be stored, cut and mixed without degradation - a problem which often occurs when dropping generations on video tape. Using the system, separately photographed images of Pipes the poltergeist could then be superimposed onto other shots - most notably, the scene you voted as being the scariest glimpse of Pipes in our online poll, some months ago.

In 1985, Quantel released the "Harry" effects compositing system/non-linear editor. The Harry was designed to render special effects in non-real time to the video recorded on its built-in hard disk array (much like most computer based non-linear editing systems today). The hard disk array used drives made by Fujitsu, and were connected to the Harry using a proprietary parallel interface, much like a modern-day RAID array. Technically, it was the first all-digital non-linear editing system, since it could also do editing of the video that was recorded on the Harry. Due to technical constraints of the time, the Harry could only record 80 seconds of video, albeit encoded in full broadcast-quality, uncompressed D1-style 8-bit CCIR 601 format. This aside, the Harry was quite an advanced machine, and the only system like it for its time.

From Wikipedia
For more info on the "Harry" machine, click here to visit the informative site, TVArk.