Showing posts from April, 2010
Show All 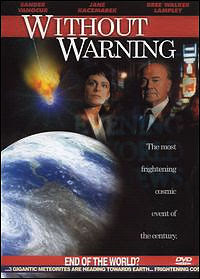 About as close to a contemporary US version of Ghostwatch as you can get (it even went out on October 31st!), Without Warning is another wonderful 'live' TV event from 1994 that depicts a special news bulletin covering the aftermath of a sudden, unexpected meteorite impact. As the story progresses, it transpires that the seemingly calculated trajectory of this rogue asteroid may not have been a naturally-occurring event as first thought, but in fact directly influenced by extraterrestrials. Hosted by veteran American journalist and news anchorman, Sander Vanocur and Malcolm in the Middle regular, Jane Kaczmarek , this one-off drama special cleverly begins with a fake murder-mystery show entitled Without Warning which is then interrupted by a special news bulletin. Reporters from all over the globe cover the event as it happens, while Pascoe/Silvestri-like experts exchange theories and insults over live tele-link in the studio. Overall, Without Warning is wonderfully
Post a Comment
Read more

"The gullibility of the Great British Public comes under the microscope as we look back at BBCtv's Ghostwatch ..." Did you know the May 1996 edition of Shivers magazine featured a three-page article on Ghostwatch ? Well, you do now! Written by Jonathan Rigby , the article explores the unique and unprecedented reaction from viewers who believed the show was happening for real, interspersed with thoughts from writer/co-creator, Stephen Volk, and other members of the cast and crew. If you can track down a copy, I highly recommend it. For all you Vans out there, there's also a further four-pages focusing on Stephen Volk's other work - notably Gothic , The Guardian and Ghosts - also made for BBC TV. To close, here's a classic quote from Sir Michael Parkinson where he discusses people's reactions to the 'live' drama's surprisingly realistic impact.   Parkinson himself was quite unfazed by the strange demands made on him and the furore t
Post a Comment
Read more 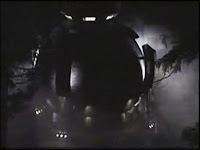 E.T.'s back, and this time... it's personal. Alien Abduction: The McPherson Tape (also known as Alien Abduction: Incident in Lake County ) is a first-person horror film similar in style to The Blair Witch Project , first broadcast on UPN back in 1998. A remake of a lower-budget production that gained a viral-like notoriety in the late eighties, the story centres on a fractured American family who have gathered to celebrate Thanksgiving on the family farm. When all power to the house is mysteriously cut, three of the justifiably-spooked household venture out into the surrounding woodland to investigate... On stumbling upon a landed UFO and two alien beings dissecting a cow with a precision laser, the guys inadvertently startle the Greys, who upon noticing them, quickly abandon their cosmic barbecue and track the terrified trio back to the house - where they use their supernormal abilities to gain entry and terrorise the family into submission. The film, I'm hap
Post a Comment
Read more 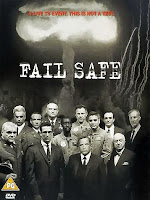 In a similar vein to Ghostwatch , Fail Safe is a remake of a classic 1964 TV movie of the same name that discussed the threat of nuclear annihilation. Broadcast on CBS in 2000, the film features an impressive cast list - including George Clooney, Richard Dreyfuss, Harvey Keitel, Don Cheadle, James Cromwell, Hank Azaria, Brian Dennehy and Noah Wyle to name but a few. The story takes place in decades past. Clooney is a fighter bomber pilot sent on a routine patrol who, due to a technical mishap, is mistakenly ordered to bomb Moscow instead of return to base. What follows is a tense and moving power struggle as both the US and Russian military leaders reluctantly join forces in a desperate attempt to call back the planes, having already crossed their point of no return... or failing that, shoot them down. With a powerful, anti-nuclear message, Fail Safe is definitely worth checking out. The script and acting are both superb, and it is even more impressive that the film went out
Post a Comment
Read more
More posts