You gonna write us a happy ending, Heather..? 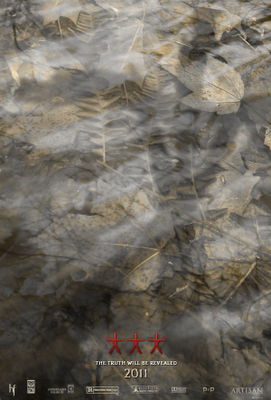 After the recent explosion, popularity-wise, of the 'Reality Horror' sub-genre, the film series that helped bridge the gap between Hollywood and Indie film is now rumoured to finally become a trilogy.

Co-creators of The Blair Witch Project, Dan Myrick and Ed Sanchez, are reportedly said to be closer than ever before to pitching their concept for Blair Witch III to Lionsgate, the studio who now own the movie rights.

Intriguingly, the proposed third film in the series (at one point, set to be a 'The Village'-type endeavour, charting the rise and fall of Elly Kedward/The Blair Witch), may now be returning to its dark roots - acting as a straight sequel to the original, and bypassing the events of the critically-mauled second film, Book of Shadows altogether. Despite having met a grizzly end, presumably at the hands of the Witch herself, this could mean original stars, Heather Donahue, Joshua Leonard, and Michael Williams could also be returning, albeit in smaller roles.

Personally, I have to admit to having a bit of a soft spot for Book of Shadows. Granted, it might not be quite as groundbreaking as the original, but I believe that you really had to check out the two accompanying (and not to mention, wonderfully produced) documentaries that preceded its release, first (Shadow of The Blair Witch & The Burkittsville 7) to make for a more complete viewing experience.

Actually, now that I think about it... what a year for cinema, 1999 was. Star Wars: The Phantom Menace, The Sixth Sense, Fight Club, The Matrix, American Beauty, and Sky Pictures', Tube Tales (one of my personal favourites) were all released that year.

Not to mention Rapture TV's quite stupendous Blair Witch Weekend (wow, now that takes me back...). Given the unprecedented financial success that films such as, Paranormal Activity have had for their distributors, here's hoping the granddaddy of them all, Ghostwatch finally gets some of the recognition it deserves too(!)

Since 2007, I have personally been discussing, pitching, recommending, and inquiring about the possibility of Ghostwatch returning in some shape or form. The doc was actually very close to going out on a well-known digital channel back in January 2008, but that was before the idea of a 2-Disc Special Edition DVD reared its bloody, cat-scratched head.

As ever, should any news come through, you'll be the first to hear. Thanks again for all the support, and we hope you all have a Happy Hallowe'en!