Screening at The Invisible Dot - Update 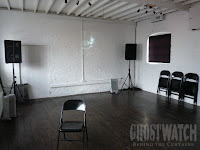 In short, The Invisible Dot proved the perfect venue to host this week's rare public screening of Ghostwatch. 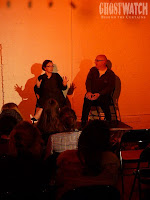 Superbly organised by Simon Pearce, and boasting a special Q&A from director Lesley Manning and writer Stephen Volk, the reaction to the film was both terrific and unique in equal measure - with almost certainly more laughs and yelps than I've personally ever heard before -at some points, people were literally jumping out of their seats..!

Topics in the hour-long Q&A ranged from pre-broadcast controversy to post-broadcast analysis, and perhaps most notably, the mind-bending revelation of which unlikely crew member provided the voice of Pipes the poltergeist...

Many thanks again to Simon and everyone who attended. Cheers! 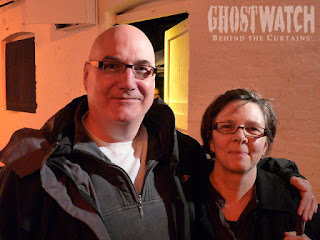