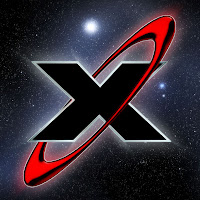 Last December, I was fortunate enough to be part of the live studio audience for the very first episode of Red Dwarf X to be filmed at Shepperton Studios. Neatly bookending my experience (to say the least!), on Friday, I attended the final show, too.

Since 1988, thanks largely to strong viewing figures and an impossibly loyal and dedicated fan-base, this acclaimed sci-fi/comedy series has proven itself to be more resilient than a lump-hammered Talkie Toaster™.

Famously, during rehearsals on the first series, an electricians' strike very nearly pulled the plug on the entire project before it even had chance to air. A three-year hiatus between later series would also keep fans guessing as to the programme's future and possible change in direction - culminating with the BBC rather tactlessly admitting they were "no longer interested in the audience [the show] used to attract". But ultimately, and thankfully, these setbacks did little to dissuade digital channel, Dave from taking the plunge and commission six, brand-new episodes for us to check out later this year.

Without giving too much away, the core cast-members are all back and kicking bottom. Plus, the up... sorry, downgraded sets are truly gorgeous in that grubby, lived-in kind of way that certainly feels more in line with the show's earlier, more textural, Cyberpunk-centric leanings. Another big plus was the inclusion of a varied and largely spot-on guest cast who help keep things moving at an altogether, brisk pace. Many of these new faces were, for my taste, nothing short of terrific and are surely destined to become future, fan favourites, on broadcast.
Not content with 'mere' HD images, writer/director, Doug Naylor has successfully furthered his quest to push for a more filmic look (a hallmark of the show since Series III), by utilising the maddeningly-sophisticated RED cameras to help bring a new kind of clarity, not seen since the recent three-part special, Back To Earth (which itself played to record viewing figures back in 2009).

During filming, monitors were strategically placed in front of the audience to display pre-recorded footage or live sets that were just out of our peripheral vision. Strangely enough, the images looked so good that at times, I often found myself staring at the screens even when the cast were performing in plain sight.
But despite the undeniable leaps and bounds in technical dexterity this new series has to offer, much of its success can, and simply must be attributed to the indispensable ensemble cast, headed by Ghostwatch's very own 'Interviewer', Craig Charles - who effortlessly returns as self-confessed, 'Space Bum/Curry-Lover', Dave Lister. Annoyingly, he hasn't aged a day since we last saw him and is clearly enjoying performing in front of a live studio audience again. It's great to see Craig back doing what he does best and we had a blast recording his interview for the doc earlier this week. 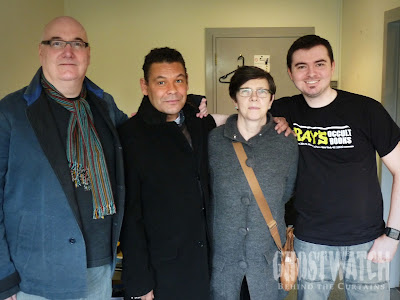 Simply put, I genuinely enjoyed the shows I attended - particularly as they were fascinating to watch from a behind the scenes perspective. On the whole, they felt like a much-welcome return to the glory days of Red Dwarf, back when the show was an all-too-often unsung world leader in comedy, design and production. Bearing in mind its notoriously unpredictable filming pattern, where the series goes from here is anyone's guess. Above all, I just hope The Powers That Be continue to realise and respect Red Dwarf's potential. It's not every day you get a cast and crew this good (or for that matter, hardworking) in the same place at the same time. And I for one, hope to be attending a 'Series XI' recording very soon, indeed. Until then... hit the retros!
ADDITIONAL:

At around the 24 second mark on the following YouTube clip (courtesy of Dave), yours truly can be seen as one of at least two people not performing the requisite Mexican Wave when instructed to by that night's warm-up. Why? Because I was so engrossed by the stunning new set design, obviously. Either that, or I was just *slightly* tispy - I can't quite recall.