November 01, 2012
Since yesterday, I must've said 'Thank-You', 'Cheers' or 'Ta' several dozen times (at least!) to everyone who joined in last night's festivities, so I promise, this is absolutely the very last time I'll say it again... THANK YOU!

In short, NS12 went astronomically well. We always have a great time, but BLIMEY - this year, the response was huge..! The comments were amazing. And the atmos was indefinably palpable. And thanks to the efforts and hard work from Twitter legends, @vixxxster @jamesgrime @farzey (and Indie Mae and Daniel Ford on Facebook) the stats are now available for all to see: 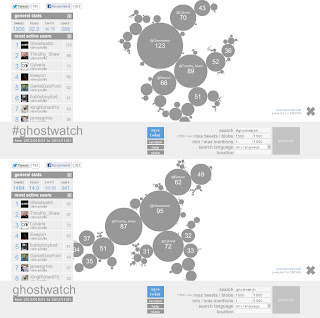 And not only that, but at one point, we were trending on the nationwide UK Twitter list - at least, sixth from the top with several hundred messages all coming through at once (though BtC supporter Daniel Ford has reported at one point, we reached as high as fourth place!). 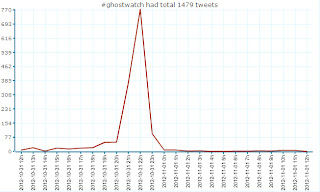 For the first time, we also had a plethora of fan photos come through to mark the event. A selection of which, you can check out below. ABSOLUTELY LOVE THESE. WOW.

It's pointless me trying to explain how the evening went. You simply had to be there. Last night was my Woodstock, man. So, I'll leave you by simply saying - same time next year? And thanks, everyone!