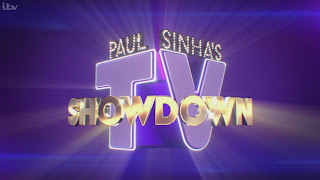 Yes, it's that time of the year again - welcome to the 2022 edition of, Did You Know That GHOSTWATCH Was Mentioned On The Telly Again, Last Night?!™ 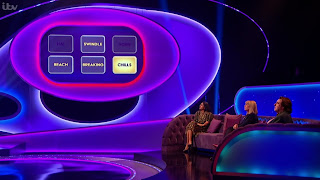 Having gallantly waded through a number of time-grinding clips including 'Jedward' on The X-Factor, Outnumbered, Grampian's A Touch of Music, and I'm a Celebrity Get Me Out Of Here, Sindhu is next-up to choose one of four remaining categories on the video wall; in this case she goes for, 'CHILLS'.

"We've created a séance... a massive séance!" warns Lin amidst a gathering storm of genuine paranormal activity in the BBC studio.

[Now, something that I cannot for the life of me understand, is why it sounds as though Lin's preceding line, "Jesus, Michael..." has been trimmed in the edit, particularly given this show's post-Watershed airing of 22:10. But I digress.] 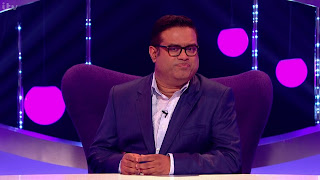 His question to the team then follows, "That was a spooky moment from GHOSTWATCH, but on which day of the year was it broadcast?"

Now, in my view, this actually isn't half-bad a question considering, well, the show as a whole, thus far.

Of course, to any died-in-the-gloryhole Ghostwatcher, this simple quandary would feature in the first chapter, nay preface, of any prospective GHOSTWATCH quiz book [... actually, there's an idea]. When put to Fay's team, however, this proves a mite taxing to say the least, with two-thirds of its roster visibly bewildered in response. Wossy suggests to his team that they, "Take a stab", even though I can't help but suspect he knew the correct answer all along, before following-up with, "When would you have a spooky thing, what's the spooky night of the year?"

"Yes. I would say that, if I were you." suggests Ross.

Now, props must be given to Sinha for getting the actual day of the week right for transmission. Props also to the 'hoax' nature of his witty repaste, as it's about the same level and quality of gag that I might have attempted in such a scenario, and I'm really funny. Come to think of it, I wonder if he's a fellow Ghostwatcher..? That would be nice to find out. 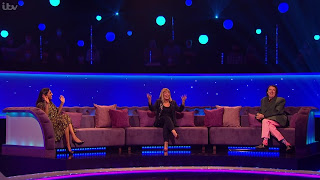 In closing, having never before had the chance or ambition to watch PSTVS, I feel compelled to report an ever-so-slightly eerie vibe to the proceedings. Very possibly in line with COVID guidelines/restrictions, the audience appears to be positioned above the contestants, staring down as in a Roman amphitheatre from yester-millenium, in some kind of Kubrickian horseshoe loop. All appear to be sporting feature-obscuring facemasks and, like Pipes, I only really noticed them towards the end of the recording. What, to me, sounded like canned laughter, no doubt helped contribute to this perceived pervading sensory detachment. But what do I know? Anyway, Rob's team won.

The episode is currently available to view on ITV Hub care of just a simple click here.