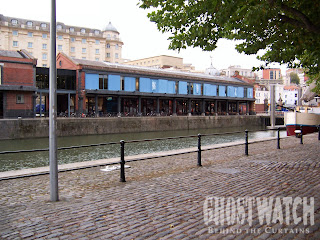 I once read the key to any great horror story is that it “stays with you in the daylight”. For myself, and I’m sure countless others, this maxim holds true for GHOSTWATCH. But with so many other similarly conceived works of the genre already in existence, it's worth noting that few examples have demonstrated such influence, such power, over their audience in recent years than the oracular BBC1 Screen One special drama.
By definition, Art is ineluctably dependent on the willingness of an audience to participate; as I recall, one eminently-logical Hollywood director astutely proffered, “a painting has no music”. But assuming the key distinction between so-called ‘high’ and ‘low’ art is merely the breathing space, or perhaps freedom, to allow one’s imagination to fill in the gaps between fact and fiction, then GHOSTWATCH might very well be considered a masterpiece.

With its surrealist themes and divisive narrative, the film hit virtually every mark required to one day be hailed as a worthy Horror flick, but it was the active participation of its viewers, the true-life ‘massive séance’, which has led to the film’s unforeseeable and lasting influence. The fact that villainous spectre, Pipes, has somewhat entered into contemporary urban mythology helps bear this theory out. Despite being an albeit fictional entity, his shadowy presence continues to linger in the backs of fans’ minds, now decades after he first interrupted our Hallowe'en night's carefully-scheduled line-up.


Watching GHOSTWATCH was one of the defining moments of my young life. I remember vividly and with some considerable detail, sitting with my folks on the sofa at just seven years of age, staring wide-eyed and enthralled as the unrelenting drama unfolded. Oddly enough, I also recall sleeping quite soundly that night; more in a state of awe than heart-stopping terror, to be fair.

... It was around a week or two later when my mind began to embellish what I had seen to the point where it bore little resemblance to what actually went out. No matter how hard I tried, I just couldn’t help but find increasing numbers of potential ‘Pipes-hiding-spaces’... Even though I’d known all along that the show was in fact a drama, it made no difference. It felt real to me, simply because I wanted it to be. 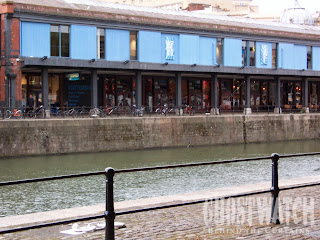 The idea to develop a retrospective documentary based on GHOSTWATCH came about in late 2007, crystallising at a Cineformation lecture held at Bristol-based media workshop, The Watershed. Chairing the event was Eileen Elsey, and appearing alongside her, special-guest, Stephen Volk.

As the doors to the screening room finally opened, the good forty/fifty-strong crowd of Stephen Volk-fans took to their seats. The evening began with Steve explaining how he first got into screenwriting before going on to provide commentary for various clips of things he had been involved in over the years, The Deadness of Dad, Gothic, Afterlife, to name a few.

Half-way through the clip from Afterlife, the projector image froze, just as in GHOSTWATCH.

From the back of my mind, I recalled something similar was said to have happened during the filming of another BBC show entitled, Hearts of Gold. The story goes, when one of the studio lights unexpectedly blew during filming, certain members of the justifiably startled audience were heard to suggest GHOSTWATCH spook, Mr. Pipes might be responsible...

“This could be my big moment”, I thought.

Glancing up at the flickering projection screen, I could see the image was still tantalisingly frozen. The alluring silence pervaded, then suddenly, it happened:

“... It’s Pipes!” I bravely mumbled into the pitch-black hall.

For far too long a while, a truly agonising silence was my only response. That is, until the guy sitting next to me suddenly perked up with:

... He couldn’t remember. At what was essentially a GHOSTWATCH fan convention, he couldn’t remember. Ah, well.
The evening finally over, I joined the queue of adoring fans and eagerly awaited my brief turn to speak. It was actually Steve's wife Pat who can take credit for effortlessly, nay biblically, parting the crowd; increasingly-mindful that our time in the ever-emptying room was briskly ticking away, and all the while blissfully unaware that my wristwatch had inexplicably stopped only minutes earlier. Taking a deep breath, I stopped fumbling with the already-crumpled stack of paper in my hands and quickly handed over my treatment for Ghostwatch: Behind the Curtains - unconsciously borrowing one of the chapter headings on the extraordinary BFI DVD release from 2002, thereby replacing the short-lived stock placeholder, "Ghostwatch: Behind the Scenes".
Much to my pleasant surprise, Steve seemed... well, pleasantly surprised. As a matter of fact, he seemed genuinely intrigued; even more so when I showed him my aforementioned watch - I swear to you, no word of a lie - the second hand dead on the hour, just as, I later surmised, one of his Afterlife characters had ‘walked into the light’ on screen.

Steve's grin widened on seeing the ‘indisputable paranormal evidence’. Mine did too.

This project and all that it has achieved can only be described as a #TeamEffort. I remain forever humbled and in awe of the growing community of Ghostwatchers who have devoted so much of their time, research, and energy in helping this important production get the recognition it sorely deserves. The experience has proven life-changing for me personally, and has taught me so much along the way.

Despite a fair few years now having passed since that fateful night, and not to mention, the documentary itself now practically done & dusted, the project very much remains ongoing - least of all, as there is still undoubtedly a great deal concerning GHOSTWATCH out there waiting to be discovered... The Behind the Curtains blog remains a source of information and insight sought, scoured, and shared for (and by) fans, critics, and academics keen to learn more about what is now regarded as one of the most-discussed and impactful television dramas in history.
As always, thank you so much for the continued support, Ghostwatchers... and try not to have sleepless nights.