If our recent Series X article wasn't enough (before you ask, no we're not slowly turning into a Red Dwarf fan site...), the notoriously modest Rear Admiral Lieutenant General Symes from Ganymede & Titan recently stumbled upon this gem from Issue 9 of the classic Smegazine collection from 1992.

For those not in the know, two volumes worth of Smegazines, originally entitled The Red Dwarf Magazine, were published between 1992 and 1994, and are now considered to be serious collector's items among merchandise-hungry fans. Often showcasing rich and varied content, articles ranged from original & adapted comic stories, sneak peaks of upcoming episodes, and reports covering related cast projects, etc.

Funnily enough, this particular issue is dated, 'November 1992', but I've been reliably informed that Issue 9 was actually published in late October - just in time for broadcast. Enjoy! 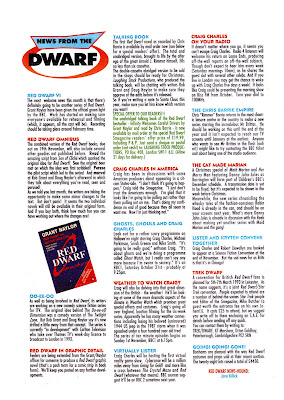 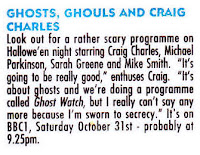