Showing posts from October, 2014
Show All

October 31, 2014
After coming home from school on October 29th 1992, I can't recall precisely what I did next. I imagine I probably either sat down to watch some TV, chat about my day with the folks, or play some Monkey Island on the Amiga. But what I remember most vividly about that afternoon is that the following trailer caught my eye, alerting me to a special television event set to take place two days later. I didn't know what was to come, but it was then that I decided to check it out. Until now, I could only recall the flashlight dropping beside the lens. Suffice it to say, I have been searching for this for twenty-two years. I cannot thank the uploader enough. This has made my Hallowe'en. And National Seance is still to come! Loop Start playing when buffered ( Only Notify ) - % Smart Buffer Estimated Time: Donate to SmartVideo! Global Preferences
Post a Comment
Read more 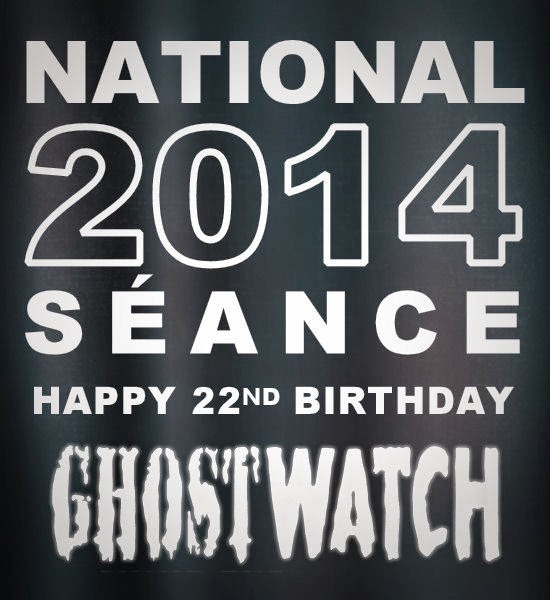 Greetings Ghostwatchers! Another year has all but come and gone... But now, it's almost National Séance time, again. Hoorah! So, how does it work? Well, for the past four years, we've asked fans across the globe to play their copies of Ghostwatch at exactly the same time on Hallowe'en Night, and Tweet about the show as it happens on Twitter to help mark the anniversary of its first and to date, only UK television broadcast. It's great that National Séance has now become something of a tradition since our first event way back in 2010 - mostly as it's a genuinely fun way of connecting with other fans and celebrating the show and its legacy. For the show's Twentieth Anniversary, you might recall, we even made it onto the fabled UK Trending Board, officially reaching as high as Sixth Place. Wowzers. As always, the spooky festivities kick off at 21:25 GMT . To fully complete the effect of a repeat viewing, you can also watch the original BBC Continuity An
Post a Comment
Read more
More posts