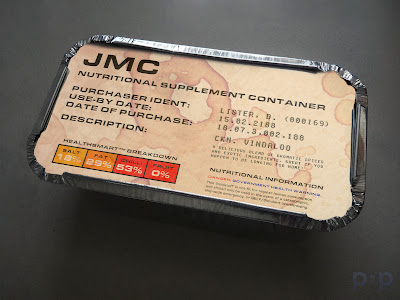 The truly remarkable success of the recent Back to Earth specials on Dave has clearly been a major driving force behind this recent turn of events (not forgetting the show's lasting success over the years, and an ever-increasing number of loyal supporters, worldwide).

What bold new direction the upcoming tenth series might take is anybody's guess at the moment. At this point, there are even murmurings of a possible return to live studio audience recording which is sure to delight the already white-knuckled fanbase. In any event, we can expect Listy, Rimmsy, Krytie and the Cat to be gracing our screens the very same year that we shall also be celebrating the 20th anniversary of Ghostwatch in some shape or form...

Until then, you'll have to excuse me - I'm late for a seminar on time travel that's due to take place three weeks ago. While I jump-start the time drive, can someone put the old bazookoids on charge and find me what's left of last month's jalfrezi..?

For the latest and greatest news on the upcoming Red Dwarf series, check out:
www.reddwarf.co.uk
www.ganymede.tv

And for those among us with an over-active connoisseur chip:
www.reddwarffans.deviantart.com